From the ‘no shit’ section of the Okaloosa County Florida newspapers, a 28 year old woman, was taken to the hospital for evaluation after driving into a Mary Esther house Thursday morning. 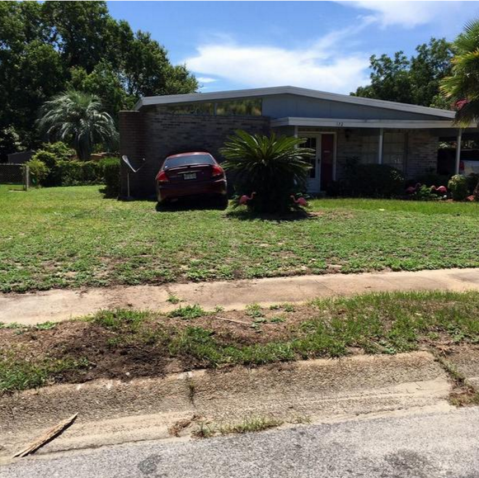 The woman told Okaloosa County Sheriff’s Office deputies she was praying at the time and had her eyes closed, according to the OCSO.

The Fort Walton Beach woman was traveling eastbound on Marcia Drive when she failed to stop at a stop sign, went through an intersection and into the yard of a home on Miramar Drive.

She tried to back out but got stuck in the sand, the OCSO said. She was cited for reckless driving with property damage. No one in the house was injured.

Yep, you read that right. A completely grown woman ran a stop sign, jumped a curb, drove through a BIG ASS yard and hit a house hard enough to get stuck in the sand surrounding it. Because she was talking to herself or if you like, her imaginary friend. She was literally driving with her eyes closed, talking to herself while in operation of a 2,000+ lbs vehicle.

Now the million dollar questions, should having a literal ‘jesus take the wheel’ moment exclude you from being qualified for a drivers license? What level of magical thinking WOULD exclude someone from that privilege? If you genuinely believe that one day you may be raptured out of your car leaving it to careen down the freeway, you are being severely irresponsible. On the flip side, if she had been talking to little purple people only she can see on her dashboard, would she get the same treatment? Why or why not?

For those of you living in southern california where I live, please, pray at home if you need to pray, or while its in park. I would like to continue existing for a little while longer.