PokemonGO; Game of the Year or Just a New Selection Pressure?

In case you have been too wrapped up in reading about Juno, the Paris Attacks, or just have been hiding under a rock, you may not know about the latest gaming craze, PokemonGo. 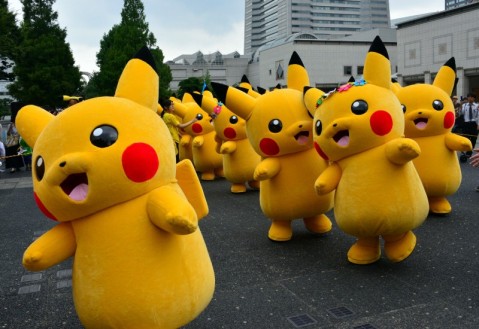 PokemonGo is a mobile device app that allows you to walk around in real space while looking at a virtual overlay on your phone or tablet. As you wander around parks, malls or strangers homes you get the chance to capture pokemon that will later fight for you in ‘gym’s placed around the country.

I’m not a fan personally. I don’t like the implementation. I don’t like the interface. And frankly I could care less about Pokemon. But, as some friends have pointed out, I can’t be a hypocrite. I’m a gamer, so hey, if you love this stuff, then let your geek flag fly.

But let it fly safely and sanely.

Since pokemonGo’s release, the injuries have been pouring in. Not just injuries, deaths.

People are playing the game while DRIVING. People are walking into traffic and being hit. People are falling off cliffs. This game needs to stop! Or, does it? After thinking about this the last few days and watching the injury toll pile up, a thought crossed my mind about humans and their much lessened selection pressures compared to the ‘pre-industrial, pre-technological’ world. There used to be a ton of selection pressures on humans.

And that’s when it hit me. technology might be our next greatest selection pressure outside of the ‘want’ or ‘non-want’ to have children.

Technology appears to be a selection pressure on humans for mating opportunities, learning opportunities, and even just to be able to find food or shelter. Not only that, but technology is actively killing off swaths of population, equating to a lessening of the genetic diversity, lending to a world that may be more filled with people willing to use technology for good or evil.

This might just be a mental exercise, and it might not really play out in man’s overall evolution, but what if it does?

Maybe this is a good thing. Maybe we are creating a world where not physical attributes like genetic health, strength, hunting etc are not what defines the future of the species. Maybe it’s just not being stupid.

Maybe if you have a child who is too dumb to not know better than to cross a FREEWAY at 5PM to chase an imaginary cartoon that only lives in her phone…. well, I would assume that a) best for the genepool in the long run and/or b) you are too horrible of a parent to create children intelligent enough to make it through life. 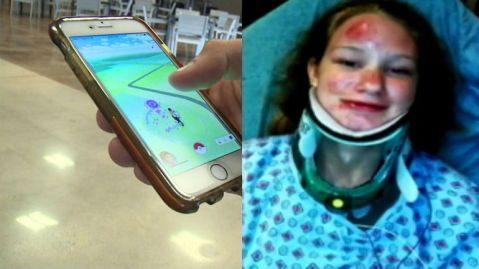 Maybe if you don’t know spatially that you are walking on a bluff, or a cliff, and a phone app is something that’s capable of making you walk off a cliff, you should not be part of the breeding pool when we head to colonize mars.